50plus Models – Life is always full of opportunities!

Some TV model shows appear to consider women and men in their mid-20s as “too old” for a career. Yet many model platforms are specifically looking for older ladies and gentlemen – as 50plus models. Even at the age of 82, you may stand in front of the camera for a luxury label. In fact, that’s exactly what happened to Jacquie Tajah Murdock, a stylist from New York. Therefore, age is not an obstacle to starting a career as a photo or advertising model.

This clearly is a clever move by the fashion and advertising world. Especially, when considering that one of the largest consumer audiences consists of over-50s. For the most part, advertisers target these groups via television, newspaper and magazines. Actually, there is not any type of model more convincing in an advertisement than a model exuding experience in life and pure joie de vivre. In this way, advertisements and presented products seem just much more authentic. In fact, they appear more mature, confident but yet modern. This is what the 50plus generation exudes!

Authenticity is in demand

Each advertisement requires different personalities. Child models are sought for children’s toys. Middle-aged models convince us in advertising for medicines, household goods, food advertising, fashion and much more. The life experience radiated by 50plus Models gives you that certain something. Besides, their sympathy typically convinces and inspires us.

That’s exactly what many agencies have realised. Hence they now tend to increasingly rely on lifelike and slightly more mature models. However, it’s not just food and medicine that the 50plus models market these days. Moreover, they stand for energy and symbolise power. They make people feel that actually it’s never too late to live their dream. 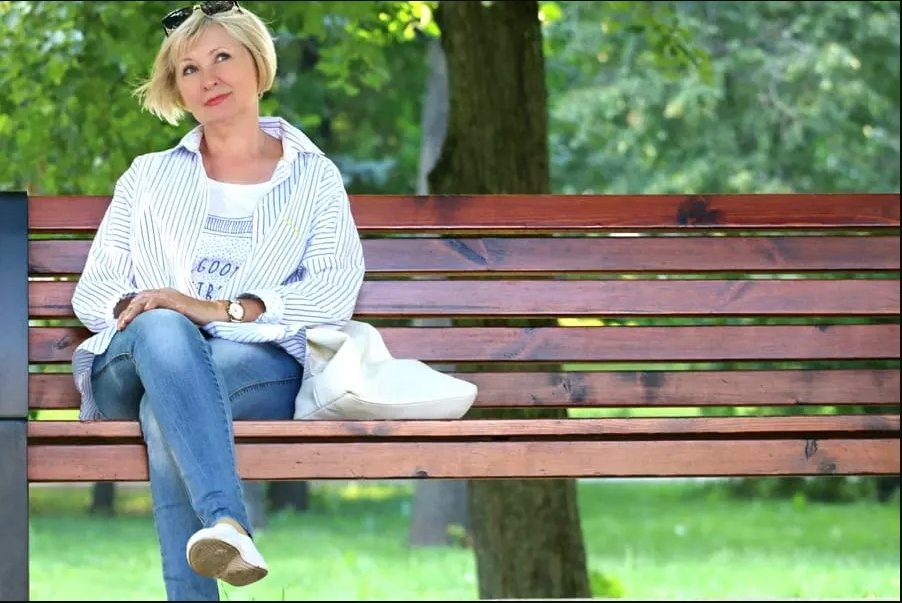 Successful 50plus Models show us how to do it!

The list of successful 50plus models is quite impressive. Whether it’s 60-year-old Yazemeenah Rossi or 71-year-old Eveline Hall. Or one of the world’s oldest female top models, 85-year-old Carmen Dell’Orefice. They all started their careers very late. Interestingly, they are more in demand than ever before. They have already appeared in front of the camera for brands such as Hermes, Jean-Paul Gaultier, and Vogue. Carmen Dell’ Orefice graced the cover of several magazines. 'New You', 'Harper’s Bazaar' and 'cocoon', just to name a few. She has already walked the catwalks of the New York and Paris Fashion Week.

Whenever Carmen Dell’Orefice is on a catwalk, she is the highlight of the evening. Here the model unveils all her beauty and elegance for the Hearth Truth’s Red Dress Collection 2005.

Men are also successful in the 50plus industry. Eric Rutherford, Tony Ward (53), Mark Reay (56) or Phillipe Dumas, to name a few.

Dumas began his career at the age of 60 when he was discovered on an internet platform. Today he is a sought-after male model and modelled for Joop, among others. He is currently under contract with several large and well-known modelling agencies.

Anyone can become a model!

The storeys of successful models show that anyone can become a model at any age. The only important thing here is to adjust and accept your own age! Believe in yourself, be satisfied with yourself and stand by your age! Find out where your strengths lie and which industry is right for you. A natural appearance, self-confidence and feeling comfortable in front of the camera are the basic prerequisites. And as with everything in life, also a little luck!

Read more about how to become a 50plus Model yourself.