Trans people in the world of fashion

Inclusion is something of vital importance, but it is also that has not often been addressed in the fashion industry. However, things are changing. More and more diversity can be found on catwalks and magazine covers. Models that don’t strictly conform to societal standards of beauty are getting more chances to break into the world of fashion. This change is a massive step in the right direction and is helping to show people who had previously not felt seen or represented that they are beautiful just the way they are.

Through diversity in the fashion industry, we can start to move away from standard ideals of beauty and move towards the acceptance of people for who they are. This is something particularly relevant for trans models. These models help to spread acceptance and offer vital representation for the many trans people all over the world who face oppression and discrimination. They make an important contribution to the struggle for the right to self-determination and against all forms of intolerance and exclusion. The following celebrities demonstrate just how beautiful and successful trans models can be.

Valentina Sampaio is currently the most famous trans model worldwide. The 24-year-old Brazilian has already reached many milestones in her career and, in doing so, has paved the way for many other trans models inspired by her success.

She received international media attention in 2017 as the first trans model to appear on the cover of Vogue Paris. From there, her career skyrocketed, with many important steps along the way. In August 2019 she worked together with the Victoria’s Secret brand PINK, making her the first trans model to work with the famous underwear brand. Another achievement followed in 2020: Sports Illustrated, the world-famous sports magazine, booked Valentina Sampaio as their first ever trans model. Pretty impressive stuff!

However, Valentina doesn’t just use her fame to further her own career, instead campaigning for the rights of trans people and speaking out publicly about transphobia in her home country. In an Instagram post revealing her collaboration with Sports Illustrated, she wrote:

“Brazil is a beautiful country, but it also hosts the highest number of violent crimes and murders against the trans community globally—three times that of the U.S. Being trans usually means facing closed doors to peoples’ hearts and minds. We face snickers, insults, fearful reactions and physical violations just for existing. Our options for growing up in a loving and accepting family, having a fruitful experience at school or finding dignified work are unimaginably limited and challenging.”

This is exactly the reason why it’s so important for people like Valentina Sampaio to stand up and show society that there is no shame in being trans.

The fact that Andreja Pejic can embody both genders with such style and elegance has guaranteed her success in the fashion industry. The 29-year-old Australian model with Bosnian roots attracts a lot of attention for her androgynous look. The designer Jean Paul Gaultier was immediately captivated as soon as the model caught his eye.

This led to Andreja walking for Gaultier at the 2011 Fashion Week in Paris, where she modelled both women’s and men’s fashion. The connection to Gaultier is characteristic of her career; the label hired her again, making her the face of various advertising campaigns. Through her appearances in the fashion industry, she triggered a trend towards androgynous looks in the early 2010s. Other designers like Marc Jacobs and Raf Simons were also impressed with the Australian-Bosnian model and have booked her for their shows and campaigns.

For a while, Andreja didn’t identify with one specific gender and the opportunity to embody both genders in her modelling was something that brought her a lot of success. In an early interview, she explained that she preferred she/her pronouns, but using he/him was also okay. However, in 2014 she released a statement explaining she now fully identified as a trans woman and had undergone gender-confirming surgery. 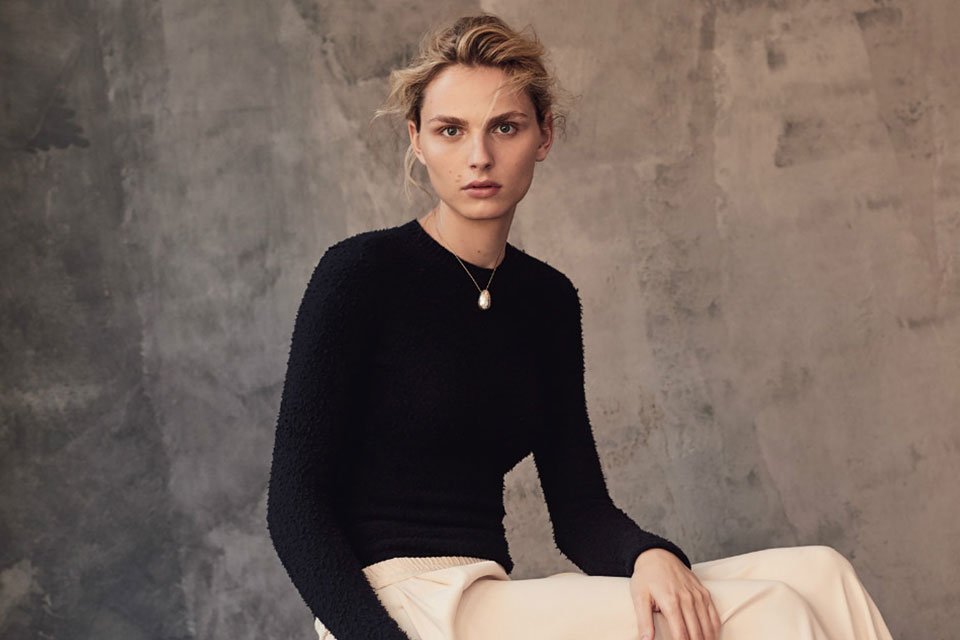 Laith Ashley is one of the most successful trans men in the world of modelling, but his journey to discovering his identity as a trans person wasn’t easy. It took him until the age of 19 to realise how he really felt and who he truly was. He began his transition at the age of 24 and now finally feels comfortable in his own skin.

Laith first received a lot of attention after a picture of him modelling Calvin Klein underwear was posted on Instagram. The reaction was overwhelming, but unfortunately not positive. The majority of the comments he received were rife with transphobia. Receiving such negative attention after presenting himself publicly as a trans model for the first time was naturally very difficult to handle. However, a few weeks later the actress Laverne Cox reacted to his post, and her attention helped turn the tide against the volley of hate comments.

Nevertheless, Laith still experiences setbacks as a trans model in the fashion industry. Photos of him that were shot for a campaign for Diesel had to be taken down, likely because there were too many transphobic comments.

Even though Laith has so-called passing privilege, meaning that strangers don’t immediately identify him as being transgender, it is still difficult to face the public as a trans man in the fashion industry. He consistently has to fight against sexism, discrimination and the prejudices of others. But Laith is absolutely secure in his identity and his masculinity, drawing strength from his achievements and helping pave the way for other trans people. 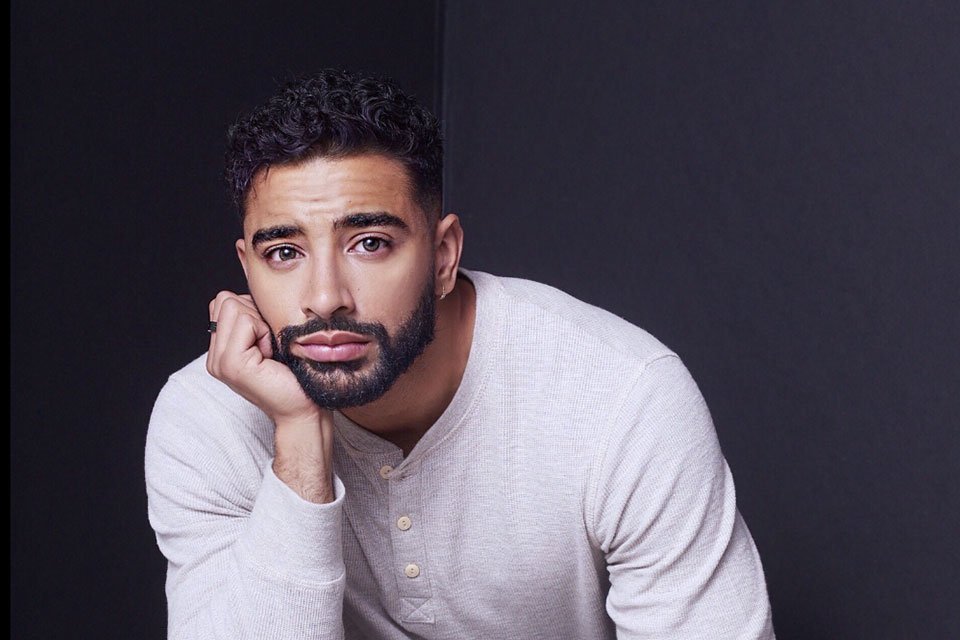 Diversity now plays an increasingly important role for reality TV shows too. Nowadays, you’re way more likely to see people of colour, plus-sized people and trans people on your TV than you were even just five years ago.

Isis King was the first transgender woman to compete on America’s Next Top Model back in 2008. She moved to New York as a young adult in order to transition but wasn’t able to keep up with her rent. Unable to return home as her family wasn’t supportive of her transition, she became homeless. After an impressive performance during a photoshoot about homeless youth, Tyra Banks herself sent staff to encourage Isis to apply for America’s Next Top Model.

Although she only placed tenth during the show’s 11th season, this hasn’t held her back from success. She became American Apparel’s first transgender model in 2012 and has also had several roles in documentaries and TV shows, including the Netflix series When They See Us. As one of the first transgender models to reach public prominence, she has been able to inspire countless trans people interested in the fashion industry.

Mimi Tao was Project Runway’s first ever transgender model. Although friends had discouraged her from auditioning again after several unsuccessful attempts, she stayed true to her goal and managed to land a place on the show in 2019.

Born in Thailand, Mimi chose to join a Buddhist monastery at the age of 11 and became a monk six months later. She began to explore her gender identity at the monastery and made peace with who she was, but had to leave after six years to support her family through a financial crisis. She was inspired to start modelling after watching a documentary about the famous Thai model Rojjana “Yui” Phetkanha, who later became her mentor. After her big break on Project Runway, Mimi has seen success after success, becoming a highly sought-after model for events such as the New York Fashion Week.

Now you know the importance of trans models in the fashion world. But perhaps you’re still asking yourself what the difference between transgender, transsexual and transvestite really is? These terms are often lumped together and can cause confusion. Using the wrong term to describe someone can be discriminatory and offensive. While the different terms might seem difficult to understand at first, with a little effort you’ll soon be able to use them in the right context every time!

Here are the most important terms at a glance:

These days, the word transsexual is no longer used by many trans people, as the ending “sexual” causes confusion, making trans identity seem like a sexual orientation. This isn’t the case - gender identity and sexual orientation are two separate and independent things. A transgender person might be straight, gay, lesbian, bi or have any other sexual orientation, the two have nothing to do with each other!

Transvestite is a word that should be entirely avoided when discussing trans people. This word simply describes somebody who dresses up in a manner typical of the gender opposite to that which they were assigned at birth. The practice has nothing to do with gender identity, meaning transvestites don’t identify as another gender in the same way as trans people do.

Trans is a neutral umbrella term that encompasses all trans people and trans identities.

Transgender and trans are adjectives, and therefore should be used in conjunction with a noun, such as “transgender people”, “trans man”, “trans woman” or “transgender rights”. Make sure never to use them as nouns (i.e., “a transgender”), as it’s dehumanising. And remember, if you’re not sure how someone identifies or which pronouns they use, just ask politely! 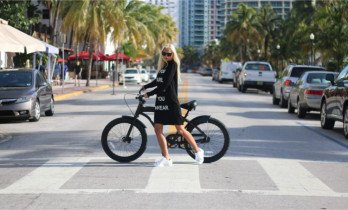 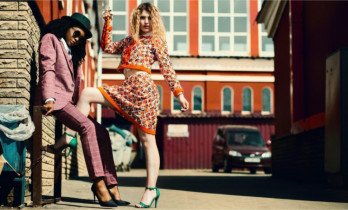 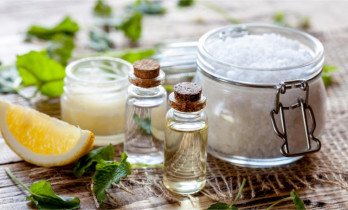 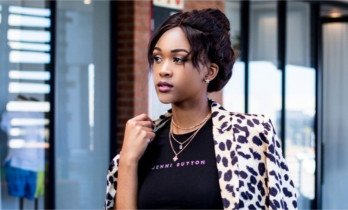