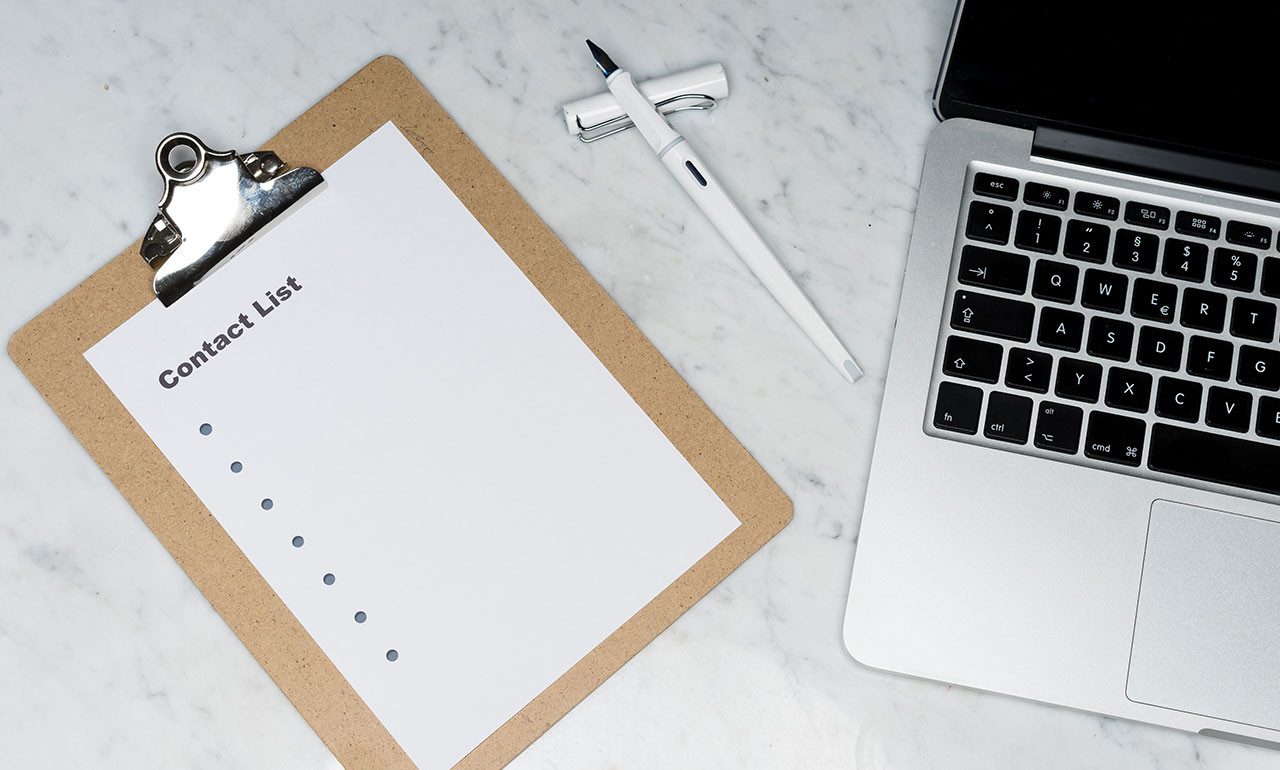 The man on the website of your online fashion store is staring back at you. In a natural-looking pose he smiles, but appears casual. How did he get there and what is he telling you? Maybe he is a student, a father or training to become a painter. If you still believe that being a model is only about good looks, you’re in for a surprise. Because in order to become successful in this area, there are various requirements and guidelines you need to follow. In our post, you will learn everything you need to know and get food for thought if you are playing with the idea of starting a modelling career.

1. What are the requirements?

For male models, a lot of emphasis is placed on physical changeability, as makeup is not as commonly used with men. This is why a man’s facial features are often critical: having high cheekbones and distinctive facial features is key. Your physique should be athletic, but slim, and the minimum height is often 1.80 m. The more distinctive types a male model can represent, the better his chances for assignments. Another important aspect is personality. Thus, when applying for modelling jobs, it is important to come up with an individual presentation and be aware of your strengths. For many employers, the focus now is on having a unique narrative that appears natural, but still captivates the consumer. The mental qualities of successful models include above all self-initiative and strategic thinking. Self-promotion, courage and fitness are other important factors to keep in mind. Although the topic of measurements is kind of controversial in the industry, there are some guidelines for male models. Many agencies recommend having measurements close to 100-80-100 cm. Weight is less significant for male models, it is more important to have the right proportions and a body fat percentage of around 15 %. For your comp card, it is very important to provide correct body measurements, as they will be used for assignments as a fitting model for designer clothes. For these kinds of jobs, knowing your neck size, arm length, chest circumference and under bust width as well as waistband, hip circumference, inside leg length and waist is essential. 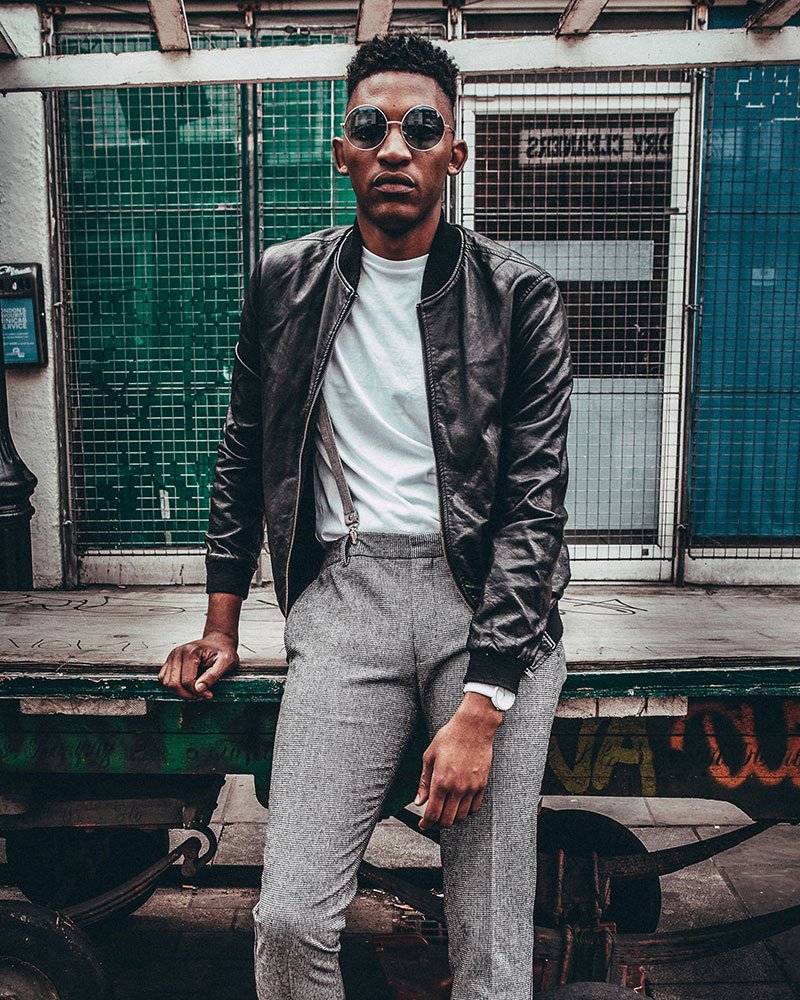 2. The Differences between Female and Male Models

The industry is pretty different for male and female models. While the requirements for women are way stricter and there is much more competition among female candidates, male models often have it more relaxed. For women, a lot of emphasis is placed on the right measurements, which makes their diet and exercise more restrictive. This is mainly due to the fact that for women, it is often more difficult to keep a certain body fat percentage over a longer period of time because the body goes through different cycles and is generally focused on reproduction. On the other hand, women have it easier when it comes to changeability because makeup can quickly create different narratives. This is one of the reasons why men often only earn half of what women make. The higher up you climb on the career ladder, the bigger the pay gap between the sexes. Statistics published in 2013 by Forbes estimated Gisele Bündchen’s annual income at staggering $49 million, while male top models like Sean O’Pry earn about $1 million a year. On the other hand, the age limit in the industry is way higher for men, as mature men with grey streaks are considered sexy and vigorous.

When it comes to male models, there are two different categories that are not necessarily mutually exclusive. Among male models, a fitness category has emerged in recent years, which people like Sergi Constance or Jaco De Bryn famous for. Another category are the senior models. Here, the most famous names are Markus Schenkenberg or Alex Lundqvist. Most models belong to either one or both of these categories, but who is currently among the best male top models in the world?

Jon Kortajarena is one of the most successful male models in the world and during his 35 years of age, he has already worked for fashion labels like Armani and Tom Ford. In 2009, he got a role in Tom Ford’s movie A Single Man, and since 2015, he has established himself as an actor on the big screens. In a brand-new interview in February 2020, he stated that being successful as a model often depends on how fast you are. So far, he seems to be doing pretty well with that. His estimated fortune amounts to $ 145 million, and this year, he is the number one best-paid male model on the “People with Money” list. 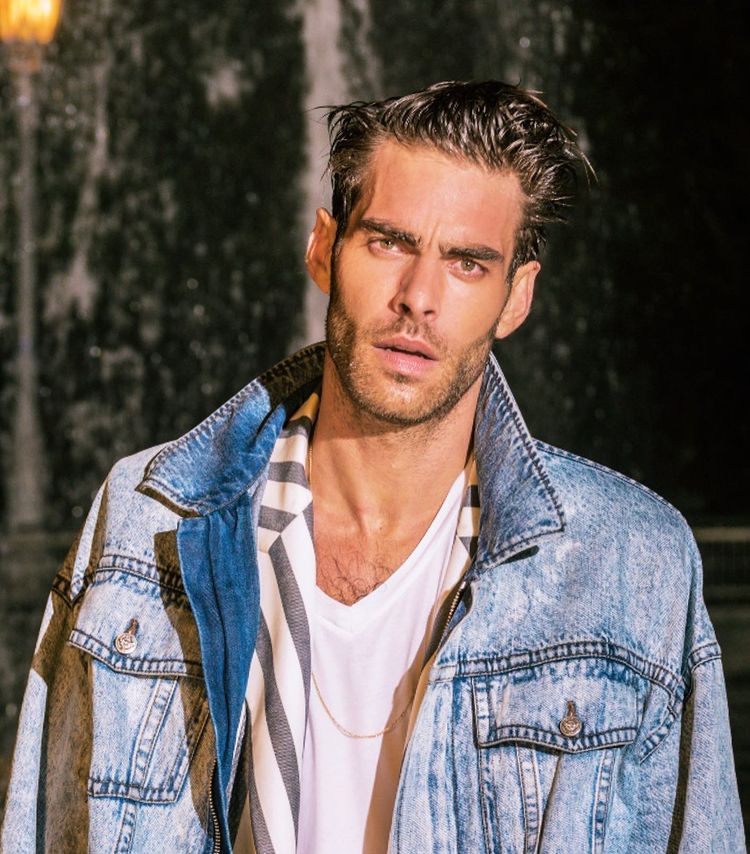 According to Vogue, Sean O’Pry was the best-paid male model in 2013. Unlike Kortajarena, O’Pry has already worked for various labels like Calvin Klein, Armani, Versace, D&G, Lacoste and many more. He has Native American roots and presents himself confidently in many different styles. He also played the male lead in Taylor Swift’s music video for Blank Space. 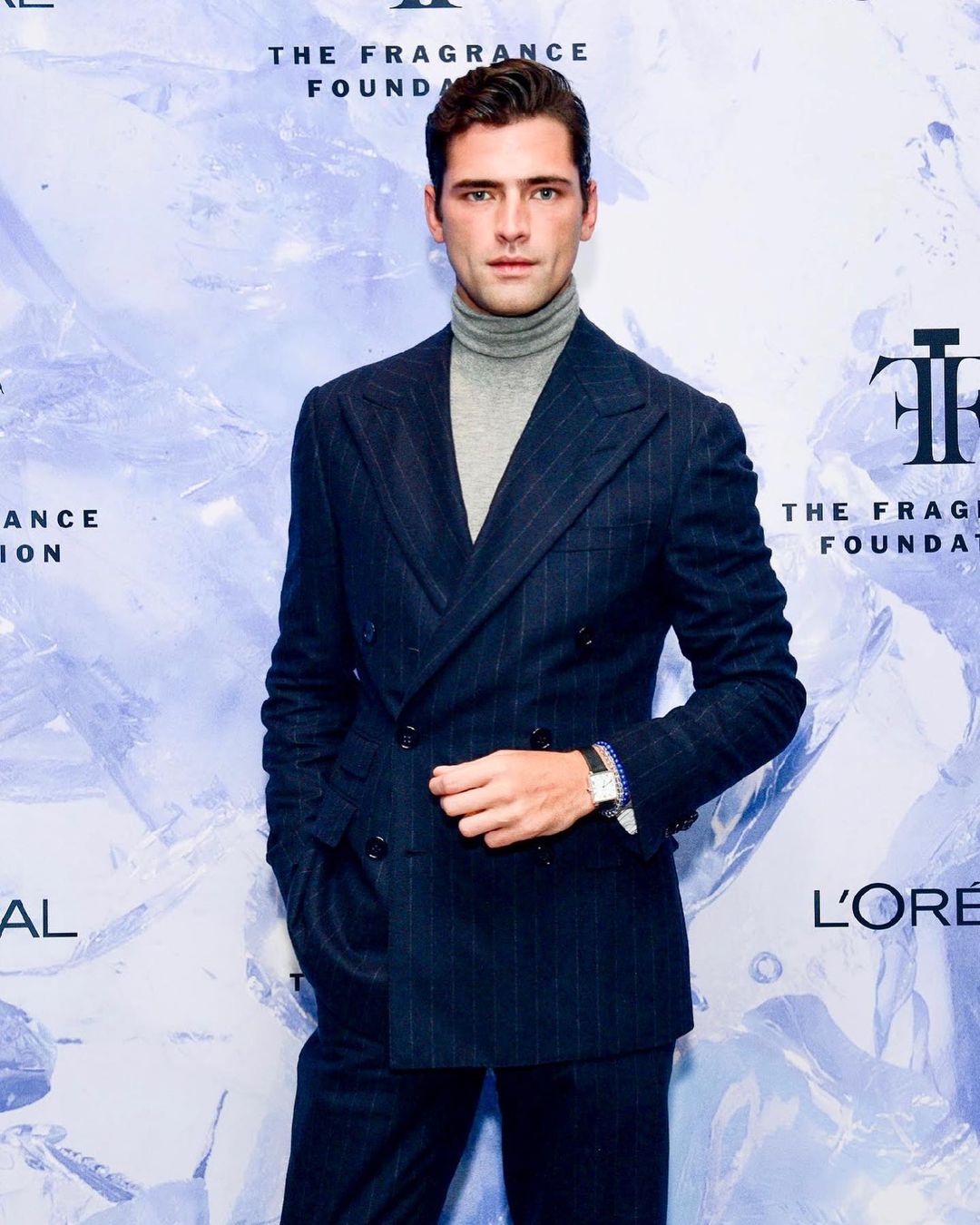 Mark Vanderloo is sometimes considered a veteran in the male modelling scene. With his 52 years, he is definitely one of the older models and he has exactly the vitality and maturity that we have mentioned earlier in this article. In the 90s, he worked for Marie Claire and Hugo Boss as well as for Calvin Klein. 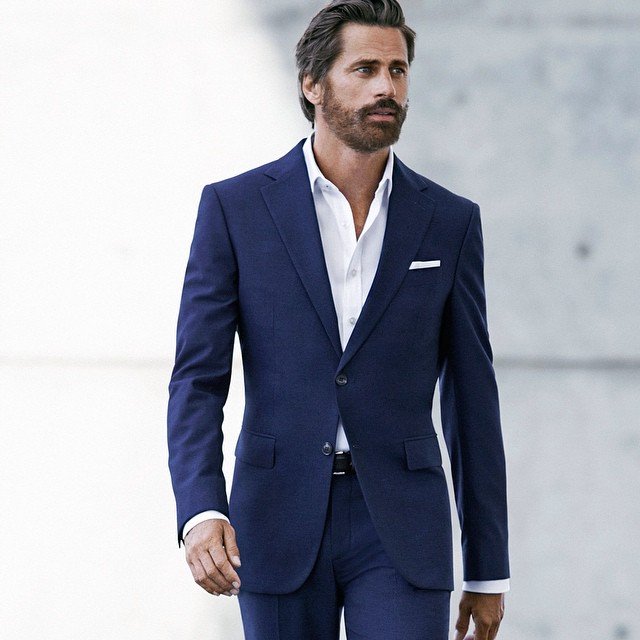 With the constant changes in the modelling world, more and more unique models have become prominent and popular. This is especially evident in campaigns like Rihanna’s Savage X Fenty. As men are especially in demand when it comes to presenting a unique narrative, this category offers new opportunities.

One special example worth mentioning here is Shaun Ross, the first model with albinism in the world. In the beginning he was struggling to get assignments as a model, but in 2008, his career started to take off; since then, he has starred in several music videos by singers like Beyoncé, Katy Perry or Lana del Rey. He has also appeared in several top model shows, like Heidi Klum’s Germany’s Next Topmodel in 2017, for example. 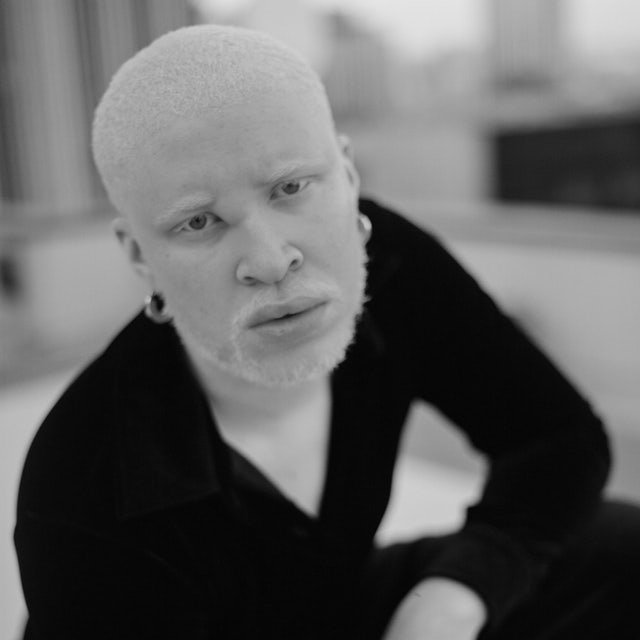 Mario Galla was born with one leg shorter than the other, which is why he wears a prosthetic leg. On his way to becoming a successful model, he has already worked for Boss and United Colours of Benetton. His appearance in Michael Michalsky’s show at the Berlin Fashion Week caused a stir because he was wearing shorts. It is also worth mentioning that he is involved in charity. For example, in 2011 he promoted Peta’s anti-fur campaign. 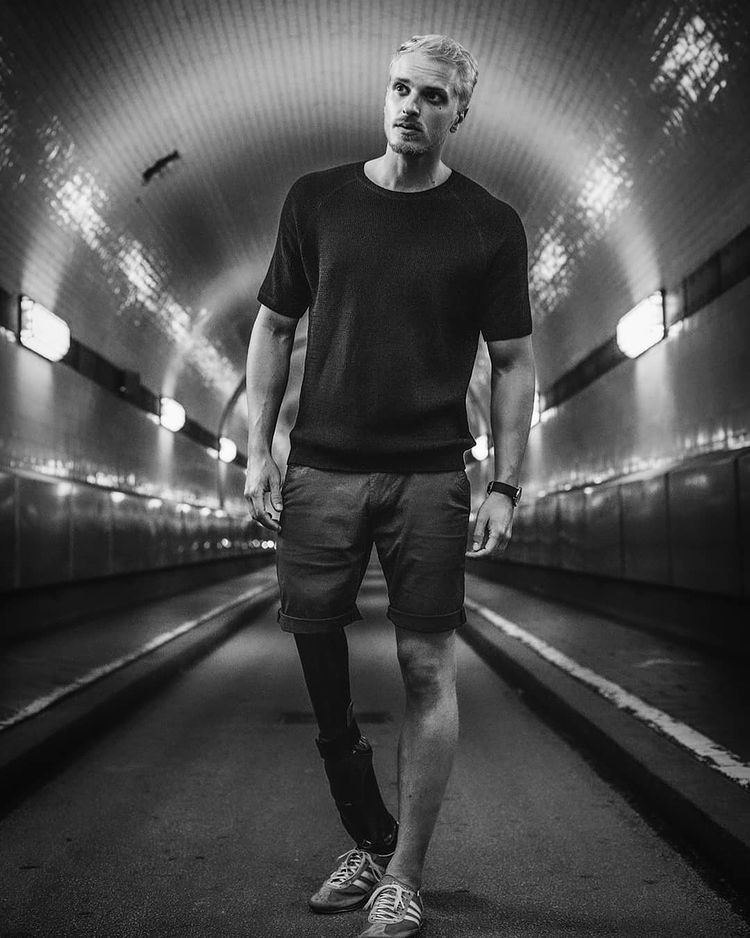 In our pretty competitive society, the market for up-and-coming models can quickly become “saturated”, which can be discouraging. This is why it is even more important to think about what makes you unique and integrate that into your marketing strategy. Authenticity is always key in the modelling industry.

For male models, trends are especially important. Which means you always have to be up to date with hair and beard styles. Are beards fashionable right now, and if so, what should they look like? Which hairstyles can be seen everywhere, which are considered out-of-date? What about body hair? Which narrative is promoted regularly? All these aspects change constantly in the modelling scene.

For personal hygiene, having glowing skin combined with healthy nails is the goal. So it might be worth taking a closer look at your daily skin care routines and considering regular manicures. Grooming your beard is also essential to make it appear as full as possible ─ if that’s the trend. 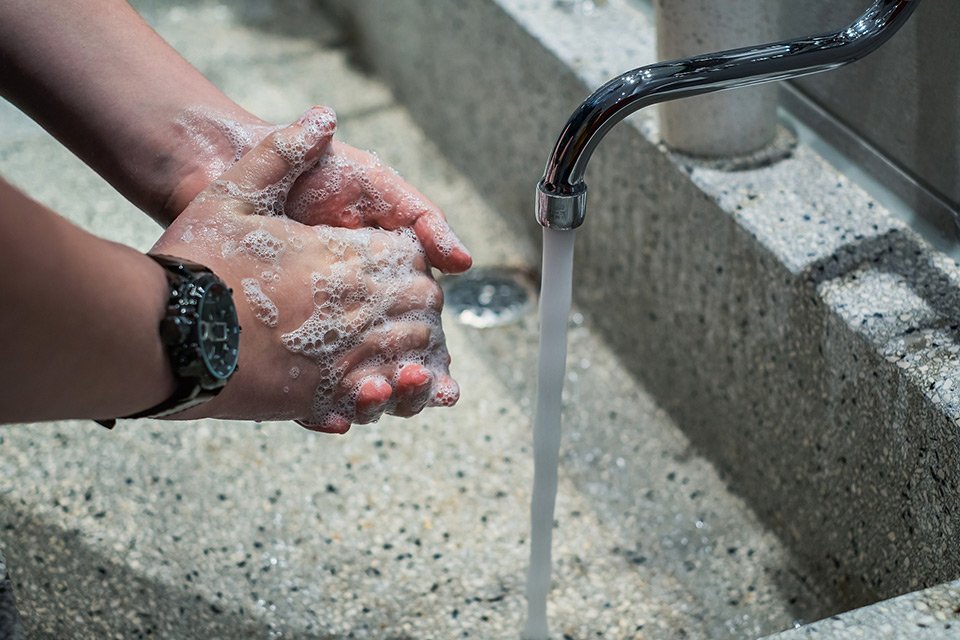 The comp card, also known as a model’s business card, is not too different for men and women. But men often include measurements of their chest, waist, hip and neck as well as the length of their inner legs. Because of increasing digitalisation, many assume that having an online comp card will do. However, you should always have both as you can hand a physical copy spontaneously to a potential client if you get the opportunity. For your comp card, include mainly professional shots rather than selfies. You can find more information about comp cards and their design HERE.

The fashion world is different for men and women, especially in regards to changeability and age. On average, female models usually earn more than their male counterparts and they are often more famous. For male models, having strong facial features and a slim but athletic body is key. If you think now you might want to give modelling a try, take a look around our website where you will find lots of articles and impulses that will help you with your goal of becoming a model.