When thinking about models, most people immediately picture Heidi Klum, Gisele Bündchen, Gigi Hadid, Toni Garrn, Stefanie Giesinger or Barbara Palvin. That is understandable, as all of these models have skinny, well-toned bodies that are basically seen as perfect. There is a general prejudice and outdated cliché in people’s minds that says models have to have 90-60-90 measurements like they did in earlier days.

However, this idea is rather outdated and doesn’t reflect the current trends in the fashion and modeling industry. For a number of years now, designers and modeling agencies have been leaning towards leaving behind the times of super thin, if not abnormally bony, size zero models. In order to clarify that you don’t have to be emaciated to be beautiful, they have been trying to put an emphasis on more realistic images of women, which show feminine, curvy bodies.

If you’re thinking now, “nice, that means that I won’t have to cut down on fast food and can become a model nevertheless,” you are very much mistaken though. In order to maintain a healthy and firm body, curvy models have to watch their eating habits and exercise regularly as well. The idea that curvy models don’t have to do sports is simply incorrect. To get an idea of proper nutrition, let’s take a look at diet plans and suggestions from some well-known plus size models.

Ashley Graham is one of the most successful plus size models in the world and has adorned several magazine covers with her hot curves. Thus, she is an icon in the modeling world and a role model for many women with feminine curves. If you now think that such curves happen on their own and maintain themselves, you’re wrong. Even Ashley has to work for her dreamlike body and has to invest time and effort.

When it comes to healthy eating, no one can beat her. Ashley has lots of healthy dishes on her plate, more specifically, her glass or bowl, as she swears by smoothies and tasty bowls. She mixes a variety of fruit and vegetables and has them on her daily menu. If you’re looking for inspiration on smoothie recipes, consider following Ashley Graham on Instagram. Among other things, she revealed that her favorite smoothie is made from cucumber, kale, spinach, apple and ginger on her social media. That may sound a bit extravagant, but it might be worth a try, especially if you keep in mind how great this woman looks. Carbohydrates also have top priority and are important for Ashley’s diet. When she needs an extra dose of energy, she eats sweet potatoes and brown rice. The following might please many of you: Ashley has often emphasized that something sweet is important every once in a while, and that even she enjoys a treat every now and then. Occasionally, fast food such as pizza or burgers are part of her diet as well, however, they are often combined with a good salad, to keep things balanced.

Of course, these occasions should be enjoyed in moderation. In general, the model forgoes dairy products and tries to stay consistent with her diet throughout the entire year. Another recipe Ashley Graham swears by, especially as a summer snack, is avocado with sea salt and olive oil. Perfect for everybody who wants to eat a healthy snack without spending too much time preparing it. 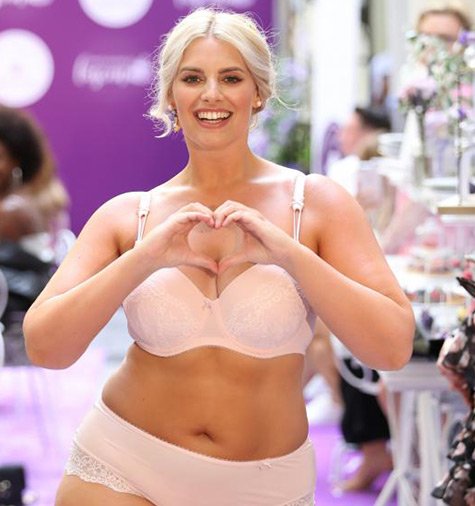 By now, the name Angelina Kirsch should be known to most people, as she is the most successful curvy model in Germany and, thus, a role model for many German women who are insecure about their curves. Her body is Angelina’s asset, that’s why it needs to be cared for well; proper nutrition is an important part of the model’s life. Angelina doesn’t use a strict diet plan but focuses on balanced nutrition. She eats various foods, from salad to ice cream and chocolate. However, Angelina often points out that it is all about the quantity you eat. If you’re craving chocolate, you should eat chocolate, however, only eat one or two squares and not the whole bar.

Generally, it can be said that Angelina Kirsch listens to her body and eats whatever she wants. She tries to distinguish between hunger (the actual sensation which results from a lack of food), and craving something specific. Furthermore, she swears by drinking lots of water. As you can see, even a curvy model like Angelina Kirsch has to have a lot of discipline to be able to show off her body and her sexy curves. 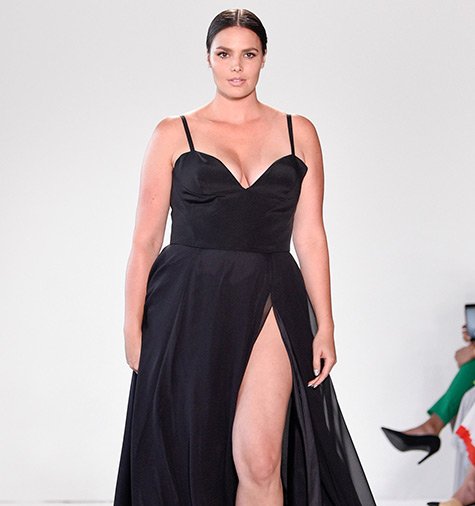 This name can’t be forgotten in the world of curvy models either. For example, Candice has been featured in various editions of Vogue and has run several New York Fashion Weeks. We can obviously learn a lot from this amazing woman about proper nutrition for curvy models. Candice highlights that it is important to make the right decisions. Especially as a model you travel a lot, so you should consume foods that give you lots of energy for the day. Due to the fact that you cannot always cook with fresh ingredients at home but often have to grab something on the way, it is important not to be distracted by nice smelling fast food and to choose the right food.

In the morning, Candice swears by fruit smoothies and eggs - either scrambled egg or poached on toast. Her lunch is usually something healthy like a salad, which is a great way to eat vegetables that are essential for a healthy diet. When Candice eats dinner at home, she likes to cook herself. Her specialty is roasted chicken with baked potatoes and a fresh salad. Nevertheless, even a supermodel like Candice cannot resist pizza every once in a while. But, again, the quantity is what makes the difference. As long as you don’t overdo it, according to Candice, you can eat this “cheat food” without feeling guilty.

You can see that curvy models and their slim colleagues alike keep an eye on their diet. Those who think that curvy models just eat anything they want are very much mistaken. Because keeping your sexy curves is just as hard as having a flat, toned belly. To realize that, the right nutrition plays an important role. Part of a curvy model’s everyday life is discipline and a mostly healthy and balanced diet, so that they are able to show off their curves. Hence, if you follow the models’ tips we mentioned above, your chances for having a hot curvy body aren’t too bad.

5 Tips for Keeping Your Baby Healthy How Important Is Fitness for Models Over 50? The Dos and Don’ts of a Successful Modeling Career Salary of a model: How much money does a model actually earn?